The town of Enniscorthy, located on the banks of the River Slaney, has a long history of flooding. Extreme floods have occurred in 1924, 1947, 1965, 2000 and more recently in 2015. Flooding represents a risk to health and safety, and has resulted in significant property damage and traffic disruption in the town. Flooding has adversely affected commercial activity in the town and its environs.

The Enniscorthy Flood Defence Scheme, formally referred to as the River Slaney (Enniscorthy) Drainage Scheme, proposes a number of measures to prevent flooding in the town. These include river channel widening, river deepening, bridge relocation, and the construction of extensive glass panelled flood walls through the town.

The proposed scheme covers a 3.5km stretch of the River Slaney, extending from 1.5km upstream of Enniscorthy Bridge to 2km downstream. The main elements of the scheme include:

The estimated cost of the Scheme is €50M. 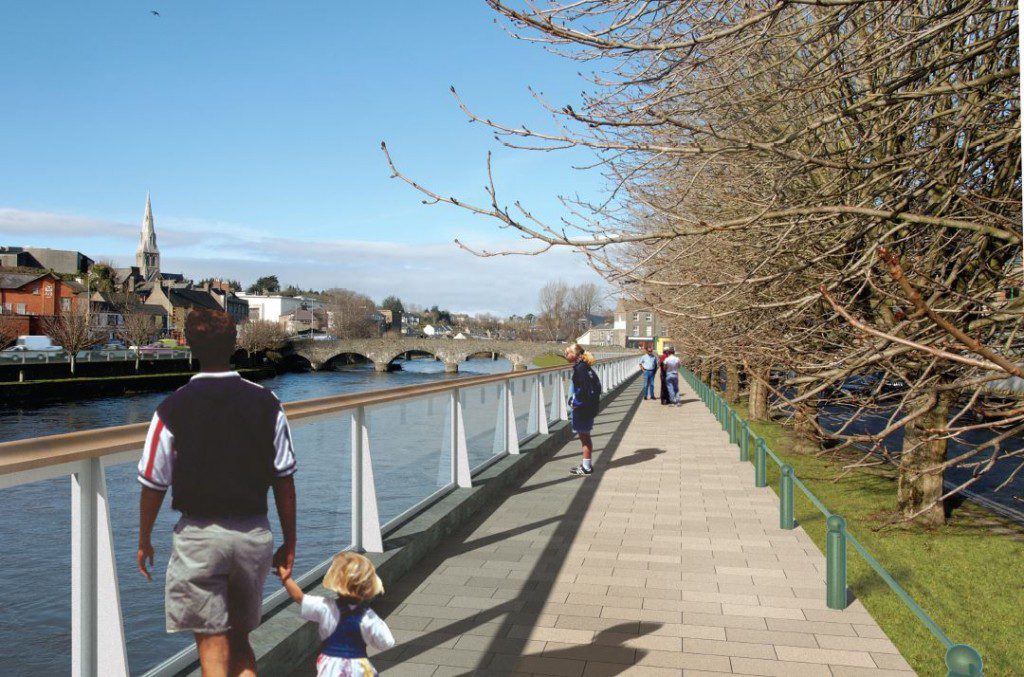 Following the Public Exhibition in 2019 , the Office of Public Works submitted the scheme confirmation documents to the Department of Public Expenditure & Reform on 11th March 2020 for approval.

The confirmation documents can be viewed here Scheme Confirmation Documents . The Scheme is currently under review by the Department.

The video below provides footage of flooding in Enniscorthy which occurred in 2015 and a computer generated 3D fly through of the proposed Scheme.